Welcome back to my SoulsBorne boss series.

Previously I discussed Aldrich, the devourer of gods. In my last post I mentioned how my favourite lord of cinder boss wasn’t actually Aldrich, rather it was the Abyss Watchers. There are plenty other bosses that have earned my attention from all throughout the SoulsBorne franchise but I think that I should discuss the Abyss Watchers now as I have already revealed that I hold them in a high regard. Perhaps this is because I consider this to be the moment where the true Dark Souls experience begins in Dark Souls 3. 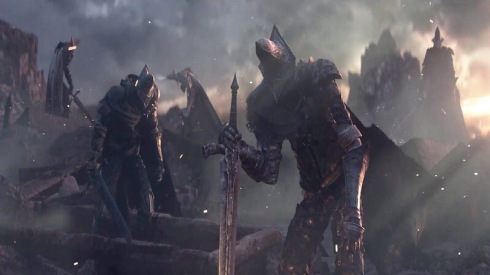 Let me start by stating the obvious, The Abyss Watchers are a lord of cinder, beings that were powerful enough to link the flame, resurrected as a final hope to link the fire once more. They are the first lord of cinder that our Ashen one encounters on their journey, they are found in Farrons Keep. As I have already established before we the ashen one are charged with a duty to return the Watchers to their seat to link the fire once again. There is some interesting lore surrounding this lord of cinder, as their name suggests they are the watchers of the abyss, their duty is to fight the abyss much like Artorias the Abyss walker, though as we all well know Artorias himself succumbed to the Abyss turning him into the boss that we fought in Dark Souls 1.

The Abyss Watchers are the leaders of the Undead Legion, also known as Farron’s Undead Legion, sworn enemies of the Abyss they will destroy entire kingdoms should they show even the slightest sign of exposure.

“The legion will bury kingdom at the first sign of exposure” Hawkwood, in firelink shrine.

As we approach the final stretch of Farron Keep before reaching the Abyss Watchers two dark wraiths are seen fighting against the Gru making their way towards the boss room, could they possibly be attempting to defeat the Watchers too? This is a thought that intrigues me, I certainly believe that the dark wraiths did have the intention of reaching the Abyss Watchers but for What purpose, id be interested in hearing what thoughts you guys have on this.

They look up to the wolf blood master who is heavily implied to be knight Artorias, this would make sense due to him being the legendary knight who fought against the abyss, the fact that his sword is one of two potential weapons to be received through trading the soul received upon defeating the Watchers also lends some credibility to this. With it being believed that they all shared the blood, potentially blending all their souls into one, a theory supported by the fire likely only being able to be linked by one being at a time. however if the Abyss watchers were all linked by the wolf blood they would of been able to link the fire, sacrificing their individuality in the process, thus creating a never ending war between them..

“The blood was spread amongst the Abyss Watchers, and their souls are one with the soul of the wolf blood master”

While we are on the topic of souls, now might be a good time to discuss what you the ashen one may receive in return for transposing the soul of the blood of the wolf, you receive this soul upon defeating the Abyss Watchers. The first weapon you may receive is the sword of the watchers themselves, the Farron Greatsword. this weapons consists of a greatsword being wielded in the right hand, while a dagger is being utilised in the left hand, if timed correctly you may parry an opponent with the use of the dagger creating a critical hit opportunity with the greatsword. The second weapon that you may receive for transposing their soul is The Wolf Knights Greatsword, this happens to be the weapon of knight Artorias, this is a sword designed to defeat those who have been tainted by the abyss, while this sword deals additional damage to standard enemies that have been tainted by the abyss there are also these bosses that are weak against this sword, Aldrich, High Lord Wolnir and the Dragonslayer Armour. 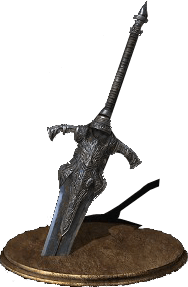 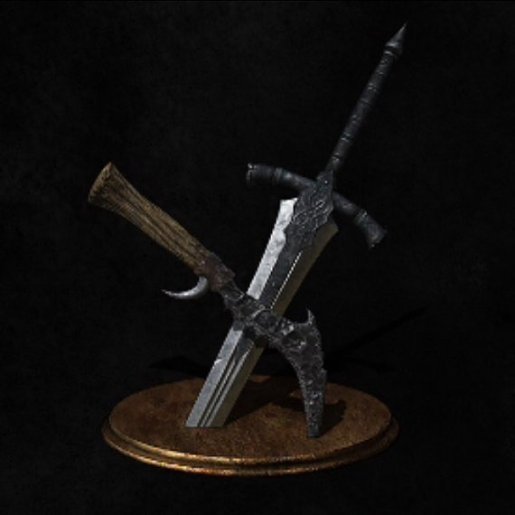 Reaching the Abyss Watchers is no simple task for they are found behind the perimeter gate in Farron keep, in order to open the gate 3 ritual fires must be extinguished. all 3 of these fires are found around the swamp of Farron Keep, with Grus and the effects of poison being the main obstacles for the ashen one to overcome. Having extinguished all 3 flames you may pass through the gate into the Farron Keep perimeter, there is only a short way to go now until you reach your goal.

The boss fight itself is easily one of the best not just in Dark Souls 3 but across the entire series, the atmosphere surrounding the fight was immense. the moves of the Watchers was fluent, it flowed well, they were graceful as they moved, as they swung their swords, the mechanics of the fight were smooth with no clunky movements present. It was in this moment that I truly thought this is it, this is Dark Souls!

There is a unique element to this fight, something that I wasn’t expecting to see in a Souls boss battle, one of the Watchers will attack his fellow brethren, essentially helping the ashen one by evening the odds slightly, this isn’t to say that they won’t turn their attention to the ashen one should they be closer to him than the other Watchers are. This hasn’t been seen in a souls fight before. they all share that one soul, this could be the cause for the fighting that occurs between themselves as the soul must move between each Abyss Watcher.

Hawkwood an NPC character that we meet in the fire link shrine was once a member of the undead legion, perhaps he was an Abyss Watcher himself once, for he seems to know some key knowledge about them. this theory has some credibility, should you follow Hawkwoods storyline through till the end you will have fight with him in the boss room of the Abyss Watchers, potentially this could hold meaning to Hawkwood, to defeat the ashen one where his former brothers could not. Hawkwood also happens to share the same armour as the Abyss Watchers minus the helmet.

Interestingly the boss room is blocking a secret entrance to the catacombs of carthus a place that has been contaminated by the Abyss, high lord Wolnir the boss of the catacombs fell into the Abyss himself, Wolnir appears to fear the Abyss when we fight him but that is discussion for another time. This could very well be the reason for why we find the Abyss Watchers blocking the entrance to Carthus, preventing us and any other beings from coming into contact with the Abyss.

It is a two phase fight, the first being an all out brawl between the ashen one and several Abyss Watchers, as we enter the room we see two Watchers fighting, ultimately one kills the other thus now drawing their attention to you. The fight may start one on one but after a set amount of time a second Watcher will join the fight targeting you, again after a set amount of time a third Watcher will rise who will fight the other Watchers. this continues until the health bar of the Abyss Watchers is completely depleted. following this one single Abyss Watcher rises amongst his fallen brothers utilising fire in his attacks, causing his attack radius to increase as well as dealing additional fire damage, though the move set does appear to be the same as the previous Watchers.

For someone who was new to the world of Dark Souls I would say that the Abyss Watchers could have been somewhat of a struggle for them, as I stated above I consider this to be the moment our adventure as the ashen one becomes challenging. For someone new to Dark Souls a boss fight consisting of multiple enemies could be rather intimidating, for a veteran of the series these sorts of boss fights have become common place, they are expected. For those who have indeed fought their way through the world of Dark Souls multiple times before they might have a true appreciation for the Abyss Watchers as they are a gank boss done right. Honestly I’d say this is the best gank boss fight since the legendary Ornstein & Smough, not once did it feel forced like random characters simply thrown together to make a ‘boss’ fight. No this fight had meaning, this fight displayed the eternal conflict the Watchers have amongst themselves.

For me personally I would rank the Abyss Watchers to be in my top 10 for SoulsBorne bosses if not just slipping into my top 5! When you consider the lore behind them, their eternal war amongst themselves, the boss fight itself and the atmosphere surrounding it, I find it difficult to deliver criticism about this boss.

One month to go Shepard Commander! 😍
Midweek, half way there! Not that I'm counting down the days to the weekend or anything 🤣
It's Thursday. One more day until the weekend! 😁😁😁
Happy Easter! Cheers!
I am loving this lazy Bank Holiday! 😁
Baby Yoda makes everything better...EVERYTHING!