Marvels Spider-Man is game of the year material!

Spider-Man has swung into action and onto our Playstations finally! Let me begin by simply saying, wow. Insomniac have just produced what might well be my favourite super hero game of all time, trust me I am not saying that lightly. When it comes to the game of the year awards Spider-Man will surely be in on the action, an action packed story driven adventure starring our favourite webslinger was always going to do well, it was always going to be appealing, even though I had high expectations for this game it has surpassed them all! 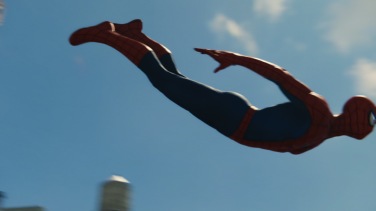 The plot line for this game was a very interesting one indeed, I thoroughly enjoyed progressing through the story (when I wasn’t distracted by the many other activities), for the most part I had no idea where it was going but as usual I was able to decipher some of what might happen. The game is split into three different acts, just when I thought the game couldn’t get any better the next act began causing my jaw to drop all over again. For this review I am going to keep it as spoiler free as I can, further down the line when everyone has had the chance to enjoy this game I will discuss the plot line in much more detail.

I want to start by getting my negatives out of the way, they are only minor, if I am being honest it could be considered nit picking but I do have some qualms here. Firstly the web slinging through the city, now before you start yelling about how fluent it feels and that there is nothing wrong with it let me explain, in previous Spider-Man games we have had both triggers be our web shooters meaning there was a lot more control as you used both arms separately if you so chose. For me personally I preferred that as I could traverse corners a lot easier but by no means do I consider this swinging system to be of poor quality, especially since we can perform tricks to earn some extra XP. Secondly not having a specific button to attach myself to walls has been a huge downfall for me, many times I have swung into a wall by mistake and stuck to it as well as swinging into a wall with the intention of sticking only to fall all the way to the floor.

The gameplay runs so smoothly, so fluent though admittedly I was missing certain puddles, it really hit home that they weren’t there…..In all seriousness to anyone who did decide to try and jump on board the puddle saga then I have to say that if you are puddle seeing instead of site seeing then you are not playing this game right. The graphics are beautiful, Spidey and his precious city have never looked so good, the other characters are looking great too, there are plenty of the around as well, Otto Octavious, Mary Jane Watson, Aunt May, Rhyno, Shocker and Norman Osbourne just to name a few. Speaking of MJ now might be the time to discuss her missions, yes that is correct, we get to play as an impressive looking Watson. Naturally her levels are stealth based which admittedly isn’t all that enjoyable to me personally, that doesn’t mean I won’t give credit where credit is due, her missions are so well designed even I found myself looking forward to what mess she was gonna find her self in next.

Mjs missions are honestly important to the story as a journalist she helps Spidey out a lot through finding out information, through a more hands on method. There is also Miles, a good kid who has an unfortunate event happen to him in game leading to him help out at Mays place of work, a huge Spider Man fan he practically jumps at the chance to help his favourite hero, same as MJ his missions are stealth based. Each of them has different tools to help them, for example Mary Jane has devices to lure enemies away and Miles can hack electronics around him. 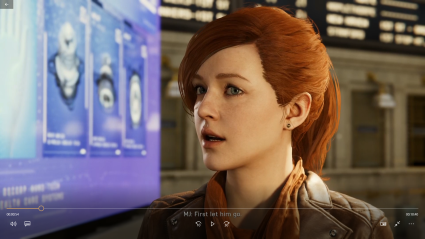 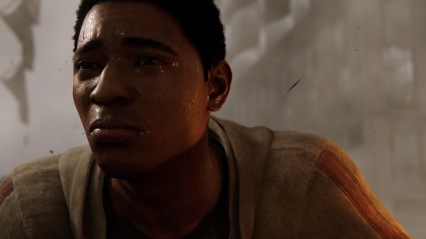 One key thing to any Spider-Man game is the various different suits you unlock other the course of playing be it through completing certain objectives or simply levelling up, there are plenty of suits for the avid collector like me to get their hands on, some incredible looking ones I might add. All of which comes with a unique ability to help our favourite web-slinger in combat, once you purchase a suit its ability can be used with any other owned suit for those who like to consider their fashion when swinging through the concrete jungle. There are also three mod slots available for the suits, you unlock more as you level up, some help with XP gain, combat effectiveness or gadget effectiveness. That brings us along

nicely to my next point of interest, the many gadgets that we can craft along the way all of which have various upgrades available that you purchase with the various tokens the game has to offer, I’ll explain those soon. The gadgets include electric webbing, web bombs and spider drones, plenty more where they came from, I highly suggest becoming very well associated with them to make your heroic life a little easier.

Okay moving onto tokens, there are different types available, back pack tokens which you receive for each back pack you find, landmark tokens these are received for each landmark you get a picture off, Research tokens come from solving puzzles in the lab and helping with the research stations, we have challenge tokens awarded for completing the varying challenges and we also have base tokens rewarded for clearing out the different faction bases. The tokens are important for purchasing suits and upgrading your equipment so be sure to swing by some of these locations. It is clear to see that Spider-Man has plenty of content to keep you occupied, side quests are also common place in New York, so far 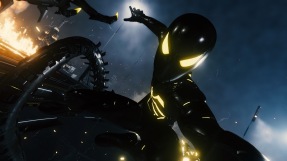 I have found myself to be quite the collector and an avid tourist, I have no doubt that this will have a 100% completion rate by the time I am finished with it.

The boss fights I have experienced have been incredible, so well designed, using your surroundings made for some very interesting and innovative encounters with some of my favourite villains from this universe, each encounter has been nothing short of a delight, if there is one thing I thrive upon in any game is a challenge. Some of them have been a complete surprise, others I predicted or knew about after following this game since E3, but I have enjoyed every single villainous encounter, they all had purpose, not once did it feel like game padding by having multiple well known Spider-Man villains feature in this title. Each fight was unique, they felt so right, not once did I feel the fight didn’t match the reputation of the classic enemy I was facing. I would like to say how incredible of I found the encounters with Mr Negative to be, each one gave a further insight to the antagonist, the intensity of the fights increasing with each encounter. 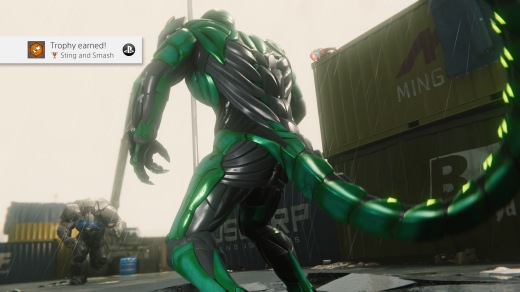 Overall Marvels Spider-Man is nothing short of a masterpiece, I strongly predict some game of the year awards to swing Spideys way! Another major exclusive for Sony, the PS4 exclusives are going to dominate the game of the year awards with this great addition to its library. I will be back soon with several more Spider-Man posts planned including a full review of the story.