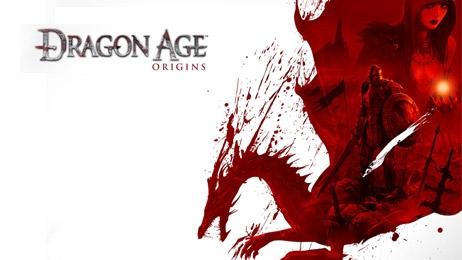 I couldn’t resist the urge to jump back into the world of Thedas, ever since the official announcement of Dragon Age 4 I have been a woman on a mission, I decided it was time to reply the trilogy of DA games starting of course with the granddaddy of them all, Dragon Age: Origins. Esily one of my favourite ever games and perhaps the best DA game to date, Origins has much to offer those who choose to take on the immense pressure and responsibility of being a grey warden.
One of Biowares biggest titles is easily one of their best, I found myself addicted from start to finish just like I did throughout my first adventure several years ago. To be honest it had been so long since I played it that I had actually forgotten a lot of what happens, this made the experience new to me all over again and I absolutely loved it! never a dull moment while travelling through Ferelden determined to use the treaties of the wardens to gain our allies ready for the war with the darkspawn. One of the aspects I love the most about any Dragon Age game is that you always have a choice in how to accomplish something, you may wonder into a certain area or city in the hopes of gaining allies, yet there is another option you may have just waiting to be discovered. You may go to the forest to recruit the dalish but they aren’t your only possible ally hiding in bushes.

For this run through I chose to be Xander Cousland, a male noble human, who was a rogue that has mastered the art of the dual wield, a technique mastered by few. The human noble origin story has always been one of my favourites and I couldn’t resist the urge to go on a quest for vengeance, a quest to destroy the Arl who murdered my family. Picking up friends and allies along the way was an interesting experience as I had actually forgotten about a few of them, I recruited all but one through this journey, I just couldn’t bring myself to betray Alister so Logain met his fate at my hands, there was no way I would allow him the honour of being a grey warden on this occasion.
I chose to romance Leliana (though that didn’t stop me from bedding Morrigan and even Zevran…) she has always been a favourite of mine, right through the trilogy, I know many are not a fan of what she becomes in DAI but I think her character development is great. In Origins she is this sweet Chantry sister who just wants to help people which thanks to her former life as bard is possible for her to do, she is a worthwhile team mate for sure, a formidable ally especially when equipped with a bow. I had never played her DLC before, Leliana’s song was a great experience, discovering what happened to her first hand, made for some interesting gameplay. I formed several strong friendships with my companions, though I did things some of them would never approve off on my journey.

As much as I love this game there are a couple of areas that are less than appealing in my eyes to say the least, recruiting either the templars or the mages proved to be a tedious task for me, what can I say, I am simply not a fan of the fade in this game, needing to unlock those different shape shift abilities and keep jumping in between areas within the fade to accomplish this always felt like a chore, however I do enjoy the fight with the blood mage upon returning from the fade. Recruiting the dwarves also proved tedious at times but that could be my blatant disregard for directions in the deep roads, if only I had read those signs sooner….
Recruiting all other allies was a fun experience, I ultimately chose to side with the elves but the werewolf curse had to be lifted, there was no way I was going to slaughter the pack when what happened to them was not their fault, rather it was the fault of the keeper who payed for his sins. Helping Redcliffe is always fun, I enjoy fighting off the darkspawn in the village followed by my assault on the castle, a shame that lady Isolde had to die but hey that’s kinda what you get for allowing a demon into the castle with your son. This is why I tend to side with the mages (usually) because that is your only hope of saving both mother and son in Redcliffe castle, unless you are willing to risk blood magic that won’t necessarily work.

The choices I made throughout were all what I believe I would have done myself had it been me trying to save Ferelden from the blight, all except for the recruiting of the templars I always side with the mages but I actually forgot what to do during the boss fight to keep the Grand Enchanter alive so yeah, wooo go templars…..not my finest hour. I also sided with Lord Harrowmount in Orzammar after having done all the dirty work for Lord Bhelen, the shock of everyone in the room made my 180 degree turn so worth it, that cocky little lord was not happy, even deciding to pick up his weapon against me, what an amateur. Perhaps my most important decision of all would be that Alister and Anora will be ruling alongside each other, this was decision that I had never followed before, I am intrigued to see how this affects the events of DA2 and DAI.
The DLC offered in Origins is fantastic, Witch Hunt might actually be one of the best pieces of DLC I have ever played, as you may have guessed there is no way I would betray my friend known as a witch of the wilds, I allowed her to leave through the mirror returning to her son. After all it’s Morrgian another brilliant character who won the affections of many players. Her banter with Alister was always amusing to listen to when travelling together throughout Ferelden, by far one of the most amusing combination of companions that Origins has to offer.

To anyone who has never stepped out onto the frontlines as a grey warden, making tough decisions and fighting the toughest of enemies I would recommend picking up your controller and diving in, especially if you own an Xbox one, DAO is available through backwards compatibility. It is a game that has aged well, despite the slow moving combat, it is as enjoyable now as it was back when it was first released in 2009. I plan on giving a full review of this game as well as some insight into the characters, main missions (the choices we can make) and the DLC.
I look forward to marching onwards into Kirkwall in Dragon Age 2, what trouble will my Hawke manage to get into, will they be the kind and caring refugee from Ferelden or will they simply be aggressive with the survival of the fittest attitude? What important decisions did your Grey Warden make?