Oh how I have long awaited the opportunity to punch, stab and tear the gods apart! Ever since God of War 4 got officially announced at E3 in 2016, have been waiting for a set date to exact some more vengeance on those despicable gods, and now finally we know that Kratos is making his long anticipated return on 20th April, except this time he isn’t going to be alone. Words cannot describe my excitement at not only experiencing the series in stunning graphics with the added benefits of a 4K TV but at also meeting the son of Kratos. I think it is going to be a very interesting story, I’m wondering just how much are father and son going to be alike? I have been playing the God of War games since they were first released, the excitement that not only I but all over fans felt when we witnessed that first trailer was a feeling I still remember almost 2 years later
Oh and I can’t forget to mention how amazing the collectors edition looks, the statue looks incredible, a 9 inch statue of my favourite god, it doesn’t get better that that! It has certainly peaked my interests. The steel book looks awesome, everything about the collectors edition makes it worth the £120 it will cost any true fan to own. I am still in debate over whether or not I want this collectors edition or the Fathers edition of Far Cry 5, or perhaps I will work a way to have both. 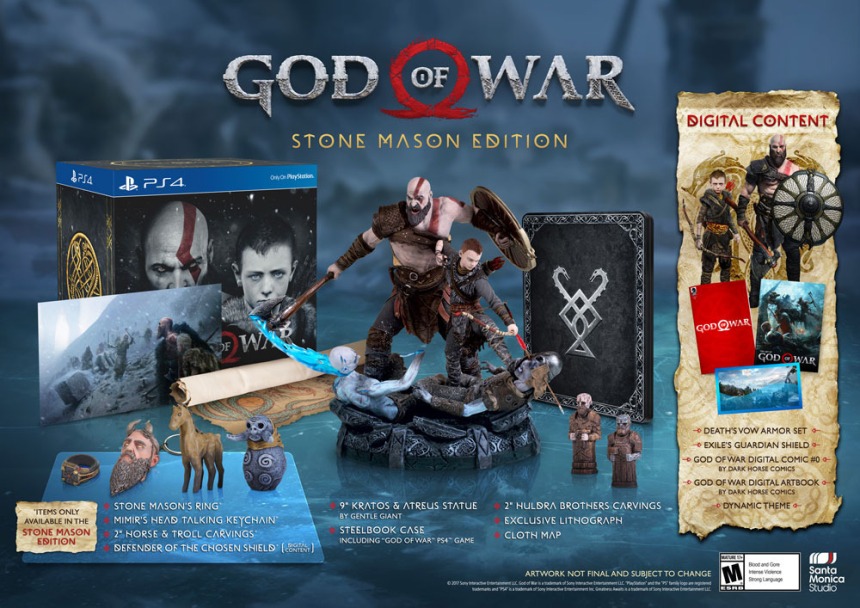 This was just a quick post to keep you all posted on the set release date and what appears to be a decent collectors edition, it’s not very often I believe a collectors edition to be worth every penny upon initial release. So will you be picking up the newest instalment of an incredible franchise?

The sun is out, the afternoon is beautiful and...I am of course stuck at home 😂 thank god for games and movies!
Seriously missing Tsushima, may have to go back to my (dis)honourable Samurai ways
Happy Thursday! Approach me at your own risk ❤
It's Wednesday, this week is dragging and I want to go back to bed 🙃
Let my inner PlayStation fangirl out today 😁
April 12th can't come soon enough, I need a bloody hair cut!