Welcome to the family! A Resident Evil 7 review 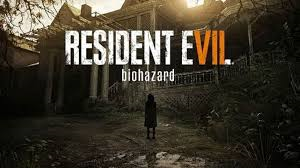 I can’t stress enough that there will be spoilers below, if you haven’t played Resident Evil 7 yet then only continue reading at your own discretion. Never have I been more relieved in my gaming life than when I played Resident Evil 7, the Resident Evil series has been a pinnacle franchise for the survival horror genre, in fact it was a pioneer for the survival horror genre, I think it’s safe to say that we can all remember the horrors of the mansion that we treaded through in 1996, those memories have stayed with me since my first time of walking the halls of that hell hole. But I think it’s fair to say that recent instalments of the series haven’t really stayed true to their heritage and that for me is a real shame, I didn’t find 5 or 6 to be scary at all, I never struggled for ammo, the gameplay was very predictable and while I still enjoyed them it felt like the franchise was becoming stale, well the numbered entries were becoming stale. It was becoming so predictable, we knew that we were going to be killing a bunch of bio-weapons, including the monsters I.e. zombies that are created because of them. The only way this franchise could truly return to its full glory would be to return to what gave the franchise all its glory in the first place. 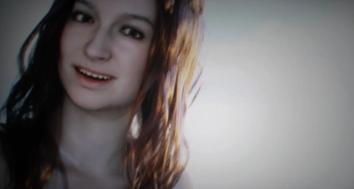 Resident Evil 7 did just that, in my mind this is a survival horror masterpiece, it was unpredictable, it was scary, it was true horror. We weren’t some well-trained agent that’s extremely proficient in combat, we were just a normal guy who unfortunately got dragged into the horrors of the baker house in Dulvey, Louisiana. I have always thought that for a survival horror game to be truly scary you can’t be some incredibly skilled character that you know can survive anything, no, for it to really terrify you, you need to feel powerless, you need to feel like the odds are really stacked against you, that your chances of survival are minimal at best. Ammo shouldn’t be handed out like candy it should be so much more valuable than it has been in previous Resident Evil games, having all the ammo that you could possibly need is like a safety net, you’re not going to be as scared because you know that no matter what you can fight back and you have a chance of winning that fight. In this game however you need to choose when to use your ammo or when to simply run conserving your ammo supply.

The story of Resident Evil 7 is set in the same timeline as the previous games, it is set just a few years after the events of Resident Evil 6. You are Ethan Winters, married to Mia Winters who went missing (presumed dead) in 2014. Upon receiving a message from Mia, Ethan heads to Louisiana where he believes she is waiting for him to collect her, upon arriving it is horribly obvious that all is not as it seems, we have clearly arrived at an abandoned property. The property belongs to the Baker family, Jack, Marguerite, Lucas and Zoe, a family that went missing the same year that Mia did. One of my favourite moments from the entire game comes right at the very beginning, of course anybody that has played Resident Evil 7 must have played the demo called The beginning hour. During the demo we play as a film crew called Sewer Gators who are there to investigate the abandoned property starting with the guest house, as the demo progresses Andre is killed, Pete and Clancy taken by jack only to be killed by someone who we can now confirm to be Mia. As Ethan, we come across the van that belongs to the Sewer Gators crew which for me was a cool moment, it was when I realised that the demo wasn’t simply a random demo that wouldn’t be mentioned again in the game, instead we find the van immediately letting us know that the demo is in fact directly tied into the story.

The story really is a key factor in the success of this game, the twists and turns that came with playing through the horrors of the Baker plantation was more than enough to keep me on my toes. I have never understood people who try to create a horror game based purely on jump scares, yes jump scares are a necessity in making a horror game scary but relying entirely on them is cheap. A good story can add to the tension in a sufficient way, it brings terrors of its own that jump scares can’t supply. Fortunately, Resident Evil 7 supplies not only both of those but the third ingredient to conjure up the ultimate horror game, atmosphere. Honestly what is a survival horror game without atmosphere and this game is shrouded in atmosphere immediately, as soon as you step out of your car you get this eerie feeling, this feeling that you really shouldn’t be there. As the game progresses the atmosphere becomes thicker, more intense, there is a permanent panic embedded in you. As the story progresses we are faced with a choice, this choice will determine which ending you will receive, the good ending or the bad ending. Essentially Mia is what gives you the ending, should you choose to cure your wife you may leave together, after surviving what Evie throws at you, there is chance for the Winters, Ethan and Mia can start over. however should you not cure Mia you have sentenced her to death further into the game effectively causing Ethan to lose his beloved wife all over again.

The design of this game is fantastic, the layout of not only the main house but both the guest house and the old house is incredible, so many different areas to pass through and explore along with the puzzles that you need to solve, the first time I had to open a door with a statue I thought wow this really is Resident Evil. The way that when Ethan would be watching a video we ourselves would be playing through the contents of the video as the person at the centre of the video was nice touch, it was a choice, we didn’t necessarily need to watch the video tapes but being able to play as another character through the tape was a nice addition. The first-person perspective is new to the Resident Evil franchise with all previous titles utilising the use of the third person perspective. This was a good move by Capcom for I have always thought that first-person adds to the tension of a horror game because it’s like it is you playing it, a fact that couldn’t be more true with the addition of the PSVR since that is essentially putting you in the place of Ethan, not a place that I would wish to be personally. 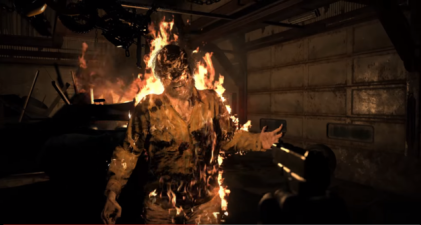 As we have come to expect with Resident Evil over the years we were thrown into some disturbing boss fights, from being attacked with a giant pair of scissors in what can only be described as an enclosed space to being attacked by swarms of bugs and being hunted by a mutated Marguerite. The boss fights were done in a true Resident Evil fashion, however I must say that while I found the build up to the final boss to be full of suspense, the boss itself could be considered disappointing. This isn’t due to poor design, far from it, rather it’s more to do with me finding it too easy to defeat. A final boss should pose the ultimate challenge, forcing you to utilise anything and everything to defeat your adversary, it should force you to use all the experience and knowledge you have developed throughout your time playing the game. I wouldn’t say that any of the boss fights were poor, not designed well or were simply boring because they weren’t, it’s just that the difficulty wasn’t necessarily there.

It is very rare for me to feel even a shred of sympathy for the antagonist of a game, especially a horror game that involves them trying to kill me every 5 minutes but after having completed this game I have of course garnered a bigger understanding of the situation I found myself in for the duration of the game. The Bakers were once an innocent family that had clearly never done anything wrong, but a bio-weapon in the form of a 10 year old girl changed all that. Jack Baker seemed like he was a pleasant man, as far as we can tell through what is said by various characters throughout the game it would seem as though it is just Lucas that had his problems before the family became infected but that’s not to say that he was evil, being troubled doesn’t amount to evil, the stuff we know he has done due to being controlled by Evie is pure evil. While we are on the subject of Evie now may be the time to say that as far as a villains’ motives go hers actually have some reason to it, a sad reason at that.

She wanted a family, all Evie wanted was a family to love her and look after her, sad. Off course with her being a Bio-weapon that could never happen, she was destined to be locked up, contained until there was a use for her. Upon her escape she wanted Mia to be her mother, she infected the Bakers to force them to be her family. This story isn’t a simple case of wanted to destroy or infect the world, instead there was meaning behind it, a little girl that wanted a family. Make no mistake she was indeed evil, Evie was a bio-weapon after all, who has killed an unprecedented amount of people by not only her own hands but through her control of the bakers.

I find it difficult to really fault this game, as I have already said I find Resident Evil 7 to be somewhat of survival horror masterpiece. However, I am disappointed after playing this game for one reason, but it’s not a reflection on the game itself, rather it’s a longing, a want, if Resident Evil 7 was this good then how could was Silent Hills set to be? I’m sure I am not the only one to recognise the similarities between Resident Evil 7 and P.T. So while I consider this to be one of my favourite horror games in recent memory, it’s bittersweet for me as I am one of those that thought Silent Hills was set to be potentially the scariest horror game I could ever have hoped to play.

For those of you that haven’t picked up your copy of Resident Evil 7 I can’t recommend it highly enough. If a good story, suspense and a true fight for survival is what you want then this is a must have for your collection. It is a strong contender to become the best Resident Evil game of all time.