Posted on January 11, 2017 by Kayleigh Partleton Leave a comment 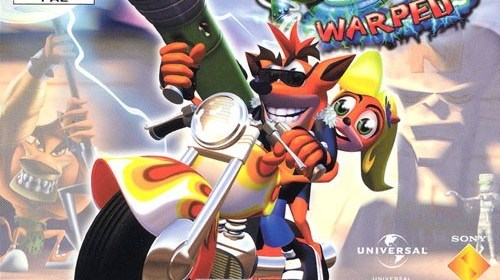 Here we are, my favourite game in the whole of the Crash Bandicoot franchise. Crash Bandicoot Warped. The year is 1998, by this point Crash has had two games released in the previous two years, so we all knew what to expect from Warped. It was set to be another platformer where we needed to collect 25 crystals in order to stop the evil scheme of Dr Neo Cortex, after 2 games of us fighting Cortex by the time Warped hit I think it would be fair to say that we were all accustomed to the concept of these games. Having said that, Crash Warped did throw a curveball as I wasn’t expecting the third game to become my favourite, Cortex strikes back managed to improve upon an already amazing game so surely Warped wouldn’t be able to surpass that. Naughty Dog knew what they were doing, it’s rather rare that the games get better throughout a franchise, usually the first game is widely seen as being the best or not all sequels meet the expectations the previous titles gave us.

This game follows on directly from Crash 2, after having destroyed the Cortex Vortex it crashes, and it happens to crash into the prison of Uka Uka the evil twin brother Aku Aku. Finally the odds are somewhat evened for Cortex as he now has his own mask helping him too. Part of the reason I love this game so much is that it involves time travel, to gather the crystals we have to travel back in time to various different times in history, Medieval,  prehistoric, Roman, these are just a few examples of the different periods of history we find ourselves in. 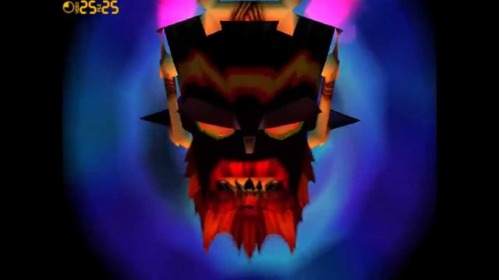 Just putting this out there but I have to admit I am team Uka Uka he is a better character than his good twin brother, everything about Aku Aku screams boring where as Uka UKa is an amusing character with a broader personality as opposed to Crash’s guardian.

I need to take a moment to show some appreciation to my favourite level from not just this game but the franchise as a whole. Orient Express was a joy to play, considering I would love to go to the great wall of China this level is as close as I am going to get for a long time. This is the first level in which we play as Coco, after her introduction in the second game I felt like this was a great step forward, she was no longer just Crash’s intelligent little sister she was now a hero in her own right. Oh and this was the first time we met Pura, he is Coco’s pet, a rather adorable tiger cub thus giving us the conflict of who do you prefer, Polar or Pura? As much as I like tigers, I have also had a slight fascination for Polar bears giving Polar the victory in my eyes but only just.

Coco has more levels than just the Orient Express, she also rides a jet ski in two separate levels, the most impressive Coco moment for me though is her boss fight against Dr N Gin. Coco didn’t just start to get her hands dirty by gathering several crystals, she actually took on a boss for Crash too! The boss fight was a good one, it could be considered to be one of the best ones from the trilogy, flying a space ship shooting wumpa fruit at N Gins robot was entertaining. The fight itself wasn’t the easiest of fights either, the health bar for N Gin was longer than every other boss in the game including Cortex.

Now that I have given Coco the credit that she deserves it’s time to move our attention back to our main furry hero. Travelling through many periods of time Crash, runs from dinosaurs, rides a motorbike, journeys through the tombs of ancient Egypt, on of these levels happens to be called Tomb Wader paying tribute to the legendary Lara Croft. The charm from the previous two games shines through more than ever in Warped not just in the gameplay and its environments but the other characters as well. Tiny was waiting for Crash inside the Roman colosseum, the new character known as Dingodile was waiting for us in the ice age. Watching that little penguin jumping on Dingodile after his defeat was rather amusing. Dr Tropy was an interesting character, it was all down to him that the time traveling from this game was made possible.

Crash you have impressed me more and more with each passing game, you have officially spun and jumped your way through time now.

Naughty Dog this was an amazing closing chapter to your Crash Bandicoot trilogy, once again I find myself discussing the levels of this game, I don’t think there was a single level that I didn’t enjoy, they held on to the aspects that have helped to make Crash great but they also brought their own unique spin to the already established franchise. Swimming underwater was an unexpected addition, I knew I was going to be chased by something at some point, a dinosaur chasing Crash was ingenious, this was a game about time travel Naughty Dog couldn’t have chosen what was to chase Crash any better than that.  Giving Crash abilities after every boss fight was a much needed addition to this game, eventually we got a bazooka, I loved that thing, forget being able to run fast and double jump I could finally shoot my enemies with wumpa fruit as and when I pleased.

Although this was the end of the trilogy created by Naughty Dog they still had one more game that they were yet to release. Join me next time as we travel into the year 1999 for the biggest racing event of the 1990s Crash Team Racing.